Save talks and create a schedule to help you organise your festival experience.

Or see the full program
Your Plan
Cart
Your cart is empty
Find a Session
Subtotal
$0
Discount
$0
Booking Fee
$0
Total
$0
You must purchase tickets to a minimum of 3 different paid sessions to complete your Festival Multipack. Learn More
You must add paid tickets to your cart to qualify for Whole Glory. Learn More
Close Cart Checkout

FODI is only made possible thanks to the support of our donors and donations. Your support will enable us to keep FODI going.

If you have any questions about contributing, please contact us

We acknowledge the Gadigal people of the Eora Nation - the custodians of the country in which we meet - and acknowledge their Elders, past and present.
Stay Up To Date
Get the latest content and events from the Festival of Dangerous Ideas and The Ethics Centre

What is a festival of dangerous ideas?

FODI holds uncomfortable ideas up to the light and challenges thinking on some of the most persevering and difficult issues of our time, questioning our deepest held beliefs and desires.

It presents a lineup of international and local thinkers and culture creators, inviting us all to immerse ourselves in ideas and conversations that encourage debate and critical thinking.

Each festival’s expert lineup demands attention. We all know progress happens when we are bold enough to interrogate ideas – when we’re able to have uncomfortable conversations and unafraid to question the status quo. We need to be curious – as individuals and as a society. The world we are making and unmaking, is a reflection of ourselves. Do we like what we see?

In an era of avalanching information, FODI is a curated festival, encouraging audiences to go deeper, beyond hype. What are the truly dangerous ideas and where exactly should we focus our time and our investment?

It’s time to get uncomfortable…

Across ten festivals and counting, FODI has had local and international experts from a diverse range of disciplines take to the stage to bring to light different perspectives on the most divisive issues we face.

The FODI 2020 program was to be the 10th Festival of Dangerous Ideas. Due to take place at Sydney Town Hall – a nod to the traditional meeting and rallying place for communities – it was to feature sessions and performances that explored climate change, meritocracy, giving, tech, politics, capitalism and more. Due to the COVID-19 pandemic, the Festival had to be officially cancelled on 16 March 2020.

In May 2020, FODI launched a series of digital video conversations. The series of online conversations takes inspiration from the original FODI 2020 theme of ‘Dangerous Realities’, with online sessions streamed via the festival website. The series interrogated the reality of the current pandemic and its wider implications for our world and society. Watch now

In February 2022, FODI released a bold new podcast FODI: The In-Between, an audio time capsule recording a moment in-between two eras. Eight conversations between 16 of the world’s biggest thinkers that capture the dangerous ideas of this moment in time. With guest speakers including Stephen Fry, Roxane Gay, Waleed Aly, Sam Mostyn, Slavoj Žižek, Naomi Klein and more, The In-between tackles the big issues of our world and future, from climate change and global politics to artificial intelligence, truth and social media. Listen now

FODI returned to live to Sydney in 2022. 72 speakers and artists from across Australia and around the globe gathered at Carriageworks to present an ‘All Consuming’ program across two days in September.

After a two-year event hiatus, the Festival of Dangerous Ideas (FODI) returned live to Carriageworks Sydney on 17-18 September 2022.

The 2022 ‘All Consuming’ theme – asked us all to consider what we consume, what we are consumed by, and what should or could come to consume us. In an avalanching era of information, opportunity, isolation, and distraction, what are the truly dangerous ideas and where exactly should we focus our time and our investment?

FODI launched its 10th festival and a milestone program with the theme ‘dangerous realities’. Sadly the festival was cancelled due to the COVID-19 pandemic See the cancelled 2020 Program here.

In light of this, the festival launched FODI Digital, a series of online video conversations taking inspiration from the original FODI 2020 theme and streamed via the festival website. The series interrogated the reality of the current pandemic and its wider implications for our world and society.

Final year at the Opera House

Our place in the world

In 2012, Festival of Dangerous Ideas (FODI) topics included “All Women Hate Each Other”, “Israel is an Apartheid State”, “The Devil is Real”, “Genital Cutting is Normal”, “We are all Sexual Perverts” and “A Foetus is not a Person”. The speakers included Sam Harris, Brian Morris, Tara Moss, Illan Pappe, Jason Silva, Shiv Malik, Ed Howker, Eliza Griswold, Cormac Cullinan, Ronnie Chan, Jesse Bering and Tim Harford.

In 2011, the Festival of Dangerous Ideas (FODI) delivered a host of cutting-edge thinkers including Julian Assange, Jonathan Safran Foer, Kate Adie, Alexander McCall Smith, Jon Ronson, Slavoj Žižek, Mona Eltahawy and Philip Nitschke. The festival delved into the shadows with talks including “WikiLeaks has not gone far enough”, “Psychopaths Make the World Go Around”, “Ecstasy is No More Dangerous Than Horse-riding” and “All Women are Sluts”.

The Sins of the Fathers

In 2010 Geoffrey Robertson and Alan Dershowitz opened the Festival of Dangerous Ideas (FODI) with the debate, “The Sins of the Fathers: Should the Pope be held to account?”. Other speakers included Christian Lander, author of the “Stuff White People Like”, with a tongue-in-cheek etiquette guide to Caucasian culture, and New York columnist and creator of the free range kids movement, Lenore Skenazy, on how she was labelled “America’s Worst Mom”.

The inaugural FODI was held at the Sydney Opera House and forged a dangerous beginning with an opening address by ledgendary Christopher Hitchens on the topic “Religion Poisons Everything”.

In the Media
Exposed genuine frustration with the lack of nuance in popular debate.
The Guardian
The provocative and inspiring Festival of Dangerous Ideas is set to challenge your assumptions on life and society.
Broadsheet 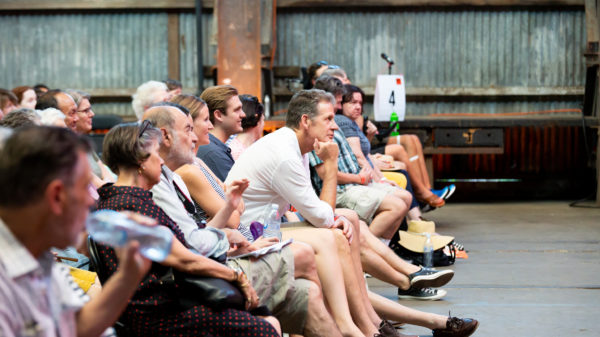 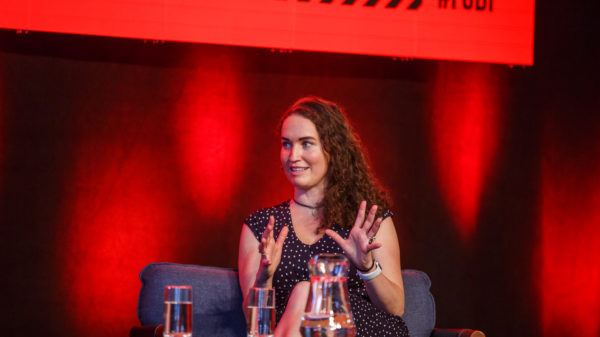 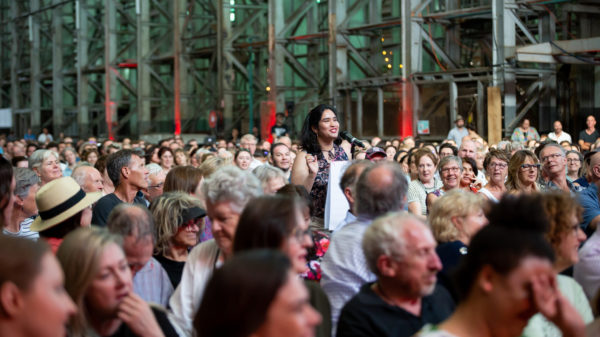 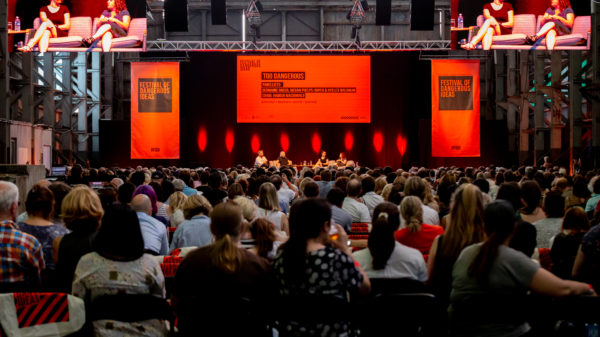 Back
Next
Previous Next